The violinist and the hairdresser 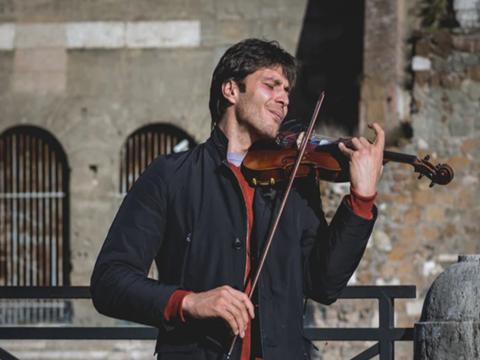 Economists and politicians tell us the world needs more entrepreneurs, as if this talent can be taught at school. But not everyone has what it takes. You might be surprised to discover how many successful entrepreneurs are the eldest child in their family, and how many are immigrants or the children of immigrants. Childhood experiences of leadership, risk assessment, relocation, responsibility, self-reliance and determination to make it in a strange world, help to form the entrepreneurial personality.

“Michael Miller was born in Lithuania in 1893. He left school at the age of 13 and, when he was 17, immigrated to South Africa where he worked as a hairdresser. Sam Cohen was born in London in 1894, immigrating to South Africa with his parents just before the outbreak of the Anglo-Boer War. He left school early and was a violinist when he met Dora Miller, Michael’s sister”. Sunday Star, December 14, 2015

After their marriage Cohen joined his wife’s father’s business, helping to run three trading stores in Harrismith in the Orange Free State. But Sam quickly realised that trading stores could only offer him a limited future and when Miller suggested they start a wholesale business together, he agreed.

Miller aged 25, and Cohen aged 24, rented office space in Johannesburg and commenced trading. Within a year the Commercial Trading Company had tripled their staff and moved to larger premises.

Four successful years later, the partners decided to realise a long-held dream by opening a low priced, cash-based general retail store.  They found a site on the corner of Eloff and President streets and designed the layout of the store around the new self-service concept from America.

The partners sat down with their wives to decide a name for the new business. No one can remember who first suggested OK Bazaars, but the slang expression ‘OK’ (based on the distorted catchphrase “orl korrect”) was popular at the time and it seemed a good name. When the store opened on Saturday June 25, 1927, police had to be called in to control the crowds.

Over the next 40 years, three generations of Cohens and Millers built the OK family business up to more than a hundred stores in the central business districts of towns and cities across the country. In 1970 OK Bazaars was the preferred shopping choice for thousands of South African families and the country’s largest retailer.

But OK was still a family-owned business in 1970 and thus vulnerable to a takeover. In 1973 the South African Breweries bought out the Cohen and Miller families in a huge deal that Breweries described as “the biggest transaction in South African history”. Today many Cohen and Miller grandchildren live in places like London, Los Angeles and Plettenberg Bay, off the Trust Funds that were set up from the proceeds of this sale.

Breweries thought they had bought a very good business, a market leader with prime sites across the country. Grocery retailing is an industry with millions of customers and never-ending demand. But good brewers do not always turn out to be good shopkeepers.

Less than three months after buying OK, South Africa’s first suburban shopping mall, Sandton City, opened near Johannesburg. This landmark event was to change the face of retailing in the country forever. South Africans had always shopped in the high street shops in the centres of their towns. But malls were easy to access and offered greater variety. Shopping habits changed as suburban shopping malls exploded across South Africa in the 1970s and 1980s.

Retailers followed shoppers to the malls. New retailers emerged with focused product ranges, specialising in groceries, or clothing, in toiletries or furniture. Many traditional high-end department stores in the centre of town closed down, and central business districts began to decline.

And yet for some years OK Bazaars did not follow this trend. They didn’t move to the suburbs, or focus their product range. OK stuck to its old business model, remaining a high street general dealer, offering groceries, clothing, furniture and home appliances under one roof in the central business district of town. Meanwhile more and more of their past customers were shopping at the malls.

Eventually, OK faced reality and tried to open their own stores in the malls. But the prime sites were already taken. They tried to sell their properties in the central business districts but nobody wanted them. In other towns they were tied into expensive leases they couldn’t get out of.

The company first reported a drop in sales and profits in 1989.  Then profits continued to fall year after year while OK carried on running their stores in the empty CBD's.

In 1995, when OK Bazaars reported a thirty million Rand operating loss, Breweries put OK up for sale. Over the next 3 years local and international buyers came to look, but no deal could be reached. And the losses continued.

Finally, in 1997 OK's 187 departmental stores and 22 Hyperamas, on the brink of insolvency, were sold – or given away if you like - to South Africa’s youngest grocery retailer, the Shoprite group, for a token amount of One Rand. The brewers were not shopkeepers.

It was exactly 70 years since Michael Cohen and Sam Miller opened their first store, and 25 years after Breweries took control.

In 1999, just 2 years later, Shoprite reported that OK had returned to profitability with pre-tax earnings of R5 million.

The OK brand barely survives today in the Shoprite group as a furniture, appliance, and carpeting chain store, and as a food and liquor franchise, a shadow of its former self. I wonder what Sam Cohen and Michael Miller would have thought?

Or perhaps - the famiies decided to sell OK at exactly the right time?