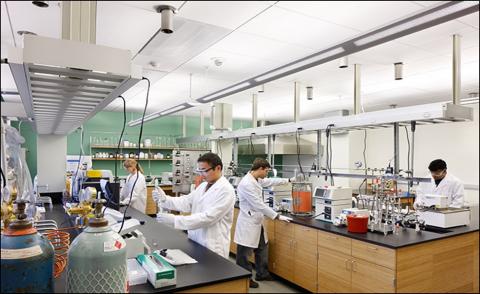 In 1976 the composer Andrew Lloyd Webber formed the Really Useful Company to monetise the rights to his intellectual works Cats, Evita, Phantom of the Opera and Sunset Boulevard. Ten years later he listed on the London stock exchange at a market value of 35 million pounds. The assets at that time consisted of a West End theatre valued at 2 million pounds, the rights to the compositions, a seven-year contract with Webber, and an insurance policy on his life. Today Webber’s wealth is estimated at over 800 million pounds and the Really Useful Group is one of the largest theatre operators in London.

Intellectual capital is the value in a business that you can’t touch. It covers everything that isn’t physical but adds to the abilities and productive capacity of a firm. Intellectual capital includes customers, brands, data warehouses, software, information systems, staff capabilities, patents, trademarks, research and development, technology, and products designed but not yet launched.

Since the turn of the century, much of the world economy has been based on intellectual capital. The value of intangible assets has grown much faster than tangibles and we can expect the growth in intangible asset values on and off company balance sheets to continue.

Intellectual assets can’t be expected to develop by themselves. They have to be managed. Winning companies like Apple and Microsoft became experts at managing their intellectual capital long before other companies. They:

The world post-COVID 19 economy in the 4th industrial revolution will be driven by intellectual capital. The winning companies will innovate and improve themselves continuously, choosing to re-invest their profits in new products, technology, and the skills and knowledge of their employees, rather than in physical assets such as vehicles or machines. Many listed companies already have market values of ten or even twenty times the value of their tangible assets. Today over half the world’s population are Internet users, feeding their own intellectual capital.

Managers reject the accounting notion that only tangible assets should be measured and valued, while intangibles should not. They look for guidance to help them understand, manage and measure non-physical intellectual capital assets. In many cases their systems and processes don’t give them enough support. Return-based financial measures encourage managers to hold back investing in intangibles.

in contrast, Physical capital is of two kinds: manufactured capital and financial capital.