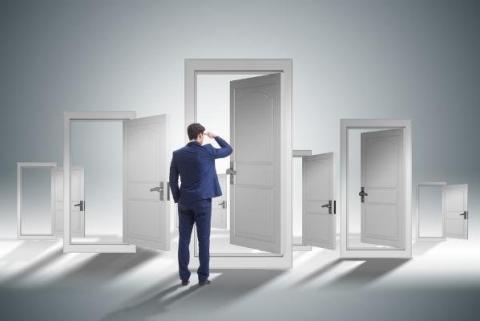 Business schools teach the basic functions of management - plan, lead, organise and control. Old-style mangers argue that annual budgets are an important part of the system that controls the responsible use of resources for shareholders. Every organisation needs to find a way to authorise spending, allocate resources and delegate responsibility. Managers need targets and forecasts to measure progress towards goals.

For many decades the budget has provided the means. Then the world changed. The idea of budgeting for a year at a time was developed in a world of stable markets, static costs, and predictable inflation. During the first quarter of this century, the rate of change in the world accelerated, increasing uncertainty. Globalisation led to increased competition. Today we live with advances in new technologies, changes in political systems and regimes, in climate, in weather patterns and the environment. The world is disturbed by viruses and black swan events. In September 2001, one unanticipated tragic event invalidated the budgets of every Fortune 500 company. The outbreak of the COVID-19 epidemic in 2020 devastated sales in many firms, and thousands more have been closed down or liquidated.

Constantly changing market conditions make it impossible to produce meaningful budgets 12 months ahead. Outdated budgets can’t be relied on as performance benchmarks or as a roadmap to the future.  In this uncertain world, our management systems need to work with change, respond quickly to events, re-prioritise and move scarce resources to where they are needed most.  Today every business needs a financial model that you can update at will, that looks forward.

Management styles in the new century have been evolving from centralised, authoritarian, command and control to decentralised, responsive and participative. A rolling forecast system aims to overcome the bureaucracy in traditional budget systems. The opposite of bureaucracy is adhocracy, an inclusive environment that welcomes new ideas, and a shared commitment to innovation at each level in an organisation. Centralised structures rely on a head office group to make decisions, issue instructions, control and provide direction for the company. Decentralised structures grant autonomy to teams and business units.

The Beyond Budgeting Round Table is an organisation that champions the need for companies to move beyond budgeting because of the inherent flaws in the process. It proposes a range of techniques, such as rolling forecasts and market-related targets, to replace traditional budgeting

But how do you prepare a reliable forecast when data is incomplete and conditions are uncertain? We prepare the best forecast we can, quantify and communicate the areas of uncertainty in the forecast, and take steps to ensure we respond very fast when conditions change and the future arrives. Forecasting is a science and accuracy improves when we develop greater understanding of our company and our industry, supported by experience, repeated analysis, learning, judgement, detailed supporting data and good modelling systems. With practice, we can produce useful forecasts and projections to support decisions, based on reasonable assumptions and specific conditions.

Sixty-six million years ago the earth’s dinosaur population was wiped out after a huge meteorite struck Mexico’s Yucatán Peninsula. During the darkness that followed, three out of every four plant and animal species became extinct. Scientists today use computer-based tracking systems to monitor the flight paths of meteorite threats. By forecasting the flight path, plans can be made for detecting objects on collision courses with the Earth. The difference is technology. In today’s world data can be collected, processed, analysed and used to build predictive models, and thus reduce risk. Black Swans and other unpredictable and unknown risks can be converted into uncertainty by collecting and analysing large amounts of data. The data is analysed to identify patterns and trends, which helps to convert uncertainty into known risk.

Features of a new management model based on forecasts not budgets:

New thinking on stakeholder capitalism proposes broader responsibilities for corporations and their managers in the fourth industrial revolution. In this new world managers won't act for shareholders alone. They will serve customers, shareholders, workers, employees, communities, and society as a whole. Managers will be expected to develop better corporate governance structures and processes to address these responsibilities.

Rolling forecasts are part of the integrating mechanism whereby strategic decisions are translated into numbers. They form part of a total management system to control and govern the responsible use of resources in organisations. Ask Microsoft, Unilever and Electrolux.

“Managing with Rolling Forecasts in 2021” is a new book by author John Stretch. You can find it at http://www.amazon.com/author/johnstretch.