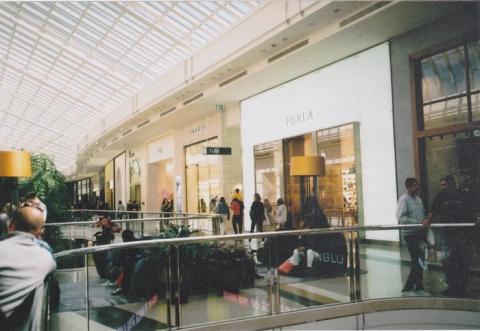 As high-end retailers with 2000 retail stores in shopping malls, the group’s earnings are hit harder than most businesses when the economy turns down. Megan’s predecessor learnt, to her cost, how rapidly people in the street, ordinary customers, change their economic priorities when things get tough. In bad times, sales drop and debtors take longer to pay, while interest rates go up. High end credit retailing offers great returns in good times, but can quickly turn sour in bad times.

As CFO, Megan takes her job very seriously, and a prime area is monitoring financial risk in the business. In addition to economic downturns, changes in consumer tastes can change the risk profile of the group within months, as can politically motivated events, bad weather and health epidemics.  And the difficulty with risk, it’s very hard to predict. It just arrives.

Bankers can demand a reduction in short-term borrowings overnight if they get scared. Megan closely monitors a financial key performance indicator called the interest cover ratio, a favourite of the banking community. The term “cover”, refers to the buffer or margin of safety between trading profits and net interest paid.

But every business has its own risk profile, and needs to set its own interest cover target. High-end credit retail is at the riskier end of the spectrum. The key issue to monitor is the rate of change in this leading economic indicator, as negative trends tend to accelerate very fast when hit with the “double whammy” of falling sales and rising interest charges.

So how does a CFO deal with an uncertain world? The company is driven by customer behaviour. You don’t fix a declining interest cover by asking your fellow managers to manage more conservatively.  You can’t just send out a new set of instructions to the marketing and credit divisions and expect things to get fixed overnight. Enthusiastic managers always want to push sales and open more customer accounts but too much growth has to be controlled. There is no such thing as a free lunch.

The key to managing interest cover is to set a policy target and then make sure the group achieves it. And you do that by saying “no”, to new projects and undisciplined sales.

Last month, Megan attended a meeting where the housewares division presented their 5-year business plan to the board and senior managers. They plan to double the turnover over the period of the plan. If they achieve their profit target, the housewares management team will be eligible for performance bonuses in both shares and cash.

Megan knows full well that housewares and jewellery are the two divisions that are most impacted by economic and other events. Houseware stores do well in the 20 or so largest “blockbuster” shopping malls in the country, which between them account for 60% of non-grocery retail sales. They are less successful in the smaller malls.

Finding and developing new blockbuster sites that turn out to be profitable, is a very rare skill. There is a shortage of good sites. And yet the housewares team seem to have come across two great opportunities. The property department of a life insurance company has invited them to open flagship stores in two huge mall projects. One is on the site of a recently closed factory complex on the outskirts of a major city, where development land of this size is almost unavailable. The other is in the fastest growing town in the country, with huge potential. Houseware are very excited about these projects as these blockbuster opportunities come up very rarely.

As part of the deal, they will be required to invest in these projects as financial partners from day one. Since they are both greenfield projects it will be three years before the sites will open their doors. Housewares, along with other participating retailers, will be asked to purchase debentures in the scheme now, to finance the development.

Megan does the sums. The group would have to borrow the required finance from the bank, and pay interest on the debt for three years. In addition, the new stores must be built to group standards and shop fitted, and fully inventoried before opening. Finally, Megan knows that new housewares stores take 12 months to reach breakeven turnover, and only become fully profitable at the end of the second year.

The five-year cash flow projection showed that, if these two projects went ahead, the group’s borrowing facilities would be stretched closer to the limit, but most worrying, the group interest cover ratio would decline from Megan’s target of seven, down to five. Five is higher than the listed company average of three but the homewares business is a lot riskier than average.

So Megan said no, housewares could not have the money. The projects require too much funding for too long, and would increase the risk profile of the group as a whole. Her decision meant that housewares would most likely not achieve the target in their five-year plan and thus no bonus shares or cash awards either. So, their hopes for more personal financial stability, and buying bigger and second homes, or overseas travel, were dashed. And when they told their wives and partners, the executives said it was all because Megan was so conservative and always holding the company back.

And to make matters worse, the insurance company invited an opposition housewares company to join these projects on the same terms, who couldn’t believe their luck. So, in three years’ time the opposition will have flagship stores on these prime, irreplaceable sites. And all because of a stupid theoretical accounting ratio!

And it’s true that in the years that Megan has been CFO, the turnover of other retail competitors has grown faster than Megan’s company. And she knows that she has a reputation in the industry for being conservative. She is aware of the cold and hostile attitude towards her from some of the management group in the corridors at Head Office. But that is her nature, and if the shareholders want to fire her for “holding the company back”, so be it.

But the largest single shareholder in the company is the well-known international investment firm, Dunwoody’s. Their letter to shareholders this year included a commentary on Megan’s company “Many of our investors have queried the size of our holding in this diversified retail group, a business with an above average risk profile. We want to go on record as stating that as long as Megan continues to be the CFO we will retain our holding. But the day she retires or resigns we will review our investment”.

Was Megan right or wrong to say no? Will the economy go up or down over the next five years? Is Megan placing too much judgement on the interest cover ratio? Are there right answers to these questions?

Author’s note: although this is a fictitious example, it is based on true events.