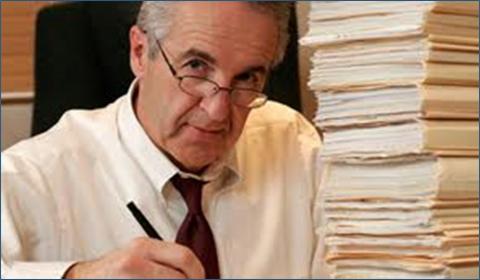 For many decades, organisations used a management system based on a fixed plan for an entire year. Companies and governments demanded annual budgets from department heads, to populate their business plans with financial estimates. Budgets were hardly ever revised during a financial year, and then only when exceptional circumstances made them invalid for planning and control.

We may well ask how companies were able to operate successfully with a fixed annual planning system for so long.  In the industrial age budgets performed many different functions. Budgets gave a board and top managers a structured process to grant resources to departments for the year ahead by considering, debating, and then approving their budget requests. The approved budget gave department heads authority to spend, thus enabling a company to delegate responsibility to individual managers for achieving elements of the planned results. The annual budget was the only opportunity for middle and lower management to compete for resources, and for senior managers to decide where resources should be allocated.

The budget gave an organisation a target and a forecast of the future. It provided a benchmark for controlling costs and revenues, which could also be used to measure the performance of individual managers. Budget preparation was a good way to educate managers in the financial workings of their departments and their business. In summary the functions of a budget were to:

Many people would agree that these are important and necessary parts of a system to manage the responsible use of resources for the stakeholders in any organisation. Management courses years ago taught that the basic functions of management are to plan, lead, organise and control. Every organisation needs to find a way to authorise spending, allocate resources and delegate responsibility, in accordance with the organisation structure. Managers need targets and forecasts to measure progress towards goals, and to educate new managers. The budget provided the means.

In 1989 the Harvard Business Review published an article by Charles Ames, CEO of Uniroyal Goodrich Tire Company in the United States. The article “Straight talk from the new CEO” Harvard Business Review, November-December 1989, set out principles (or command rules) which captured the mind-set of American business executives at that time. “We will run our business by developing plans, and then achieving the planned results”, said Ames. Managers who wanted to get on had to achieve their annual budget, no matter what.  The annual budget was cast in stone and the job of managers was to respond to threats and overcome them.

The bottom-up driven budget cycle began with each management team drawing up a departmental business plan and budget. Senior managers would review and challenge these plans before approving them. The approved budget gave managers authority to operate within the budget. When results departed from budget, head office would demand explanations and prompt action. Apart from rare major external events beyond a manager’s control, it was believed that failure to achieve planned results could only be due to two things:  either the plan was no good to begin with or it was executed badly.

Boards of Directors resisted the idea that external events could divert a business from a course chosen a year earlier. The job of managers was to respond to threats and overcome them. A Board would judge a business unit’s performance on how well they developed good plans and then achieved their planned results. Managers who failed to overcome the operating or competitive obstacles that inevitability appeared, would be moved aside to give others who have these abilities a chance.

Reliance on bureaucratic systems with strict levels of authority, formal written rules, regulations, and control from the centre, led to dysfunctional behaviour. Managers protected their careers by under-budgeting revenues and over-budgeting costs. Said Jack Welch, former CEO of General Electric “Budgeting is the bane of corporate America.  It never should have existed. Making a budget is an exercise in mineralisation.  You’re always getting the lowest out of people, because everyone is negotiating to get the lowest number.” A manager in a large organisation described the annual budget process as a “burecratic nightmare.” Budget processes could consume up to three months, with the emphasis on filling in forms by prescribed deadlines, rather than creative thinking. Cost budgets were prepared by escalating prior year figures. Accountants’ time was spent gathering, preparing and consolidating numbers, instead of providing guidance to managers. Budget review meetings focused on cost reduction and made people feel threatened and undervalued. Budgets encouraged gaming and perverse behaviour. Office politics thrived in this environment. Some departments were unable to address pressing problems due to budget constraints. Yet in other departments the “use it or lose it” rule, meant money was spent unnecessarily.

The system started to break down

The idea of budgeting for a year at a time was developed in a world of stable markets, static costs, and predictable inflation. During the last quarter of the previous century, the rate of change in the world accelerated, increasing instability. Globalisation led to increased competition. There were advances in new technologies, changes in political systems and regimes, in climate, in weather patterns and the environment. The world was disturbed by viruses and Black Swan events.

Accountants found that constantly changing market conditions made it impossible to produce meaningful budgets 12 months ahead. Outdated budgets couldn’t be relied on as performance benchmarks or as a roadmap to the future. Managers gave up trying to meet unrealistic targets and sales staff set their own sales targets based on their readings of the local market. Production volumes and procurement were planned to meet these targets, but financial results were still reported against the original, outdated, budget. The control system started to break down. Monthly budget reports were only issued 15 to 20 days after each month end, and no one complained that the figures were late. Budget reports were filed away without analysis, action plans, or follow up. In some cases, the budget was only finalised after the new financial year has started.

Financial staff spent many futile hours each month preparing detailed reconciliations of actual results against budgets, with explanations of price, volume, mix and exchange rate variances. When companies failed to meet profit targets, management ordered arbitrary, across the board, cutbacks of costs. But conservative boards of directors were reluctant to discard their traditional budget processes. In a decentralised world, budgeting remained the only centrally coordinated activity. They thought that regular re-planning would consume scarce management time better devoted to operations, with benefits difficult to quantify. CFO’s worried about uncontrolled overspending, a breakdown in internal controls, increased risk and possible re-rating by credit agencies.

Transition from budgets to forecasts

A new approach was needed. Fixed annual budgets couldn’t be used as targets or forecasts in an unstable, unpredictable world. Managers wanted to be able to react and respond by changing plans and targets very fast, to reflect current reality. Companies had to be agile and responsive to competitor moves, which meant moving money, people and physical resources to the areas they were needed most.

Some organisations proceeded cautiously by re-forecasting to the current year end only. “Worry about one year at a time” their management said. We learnt that forecasting to year end encourages an organisation to think, plan and operate in one-year silos. A management system should transcend the artificial barrier of a year end, motivating managers to spend more time thinking about the future.

One-off spreadsheet projections prepared by accountants at head office, are not rolling forecasts. Line managers want to be involved in the preparation of their forecasts. Variances are reduced when people have to explain why their forecasts vary from actuals.

Regular forecasting helps to quantify, and by implication manage, the gap between original planned outcomes and reality. Accountants have found that their forecast accuracy in a familiar environment improves with repeated analysis, learning, judgement, detailed supporting data and good systems.

Management styles in the new century have evolved from centralised, authoritarian, command and control to decentralised, responsive and participative. A rolling forecast system aims to overcome the bureaucracy in traditional budget systems. The opposite of bureaucracy is adhocracy, which is a term used to describe a flexible and adaptable organisation. An adhocracy culture features an inclusive environment that welcomes new ideas, and a shared commitment to innovation at each level of an organisation. Centralized structures rely on a head office group to make decisions, issue instructions and provide direction for the company. Decentralized structures grant autonomy to teams and make individual business units responsible for making their own business decisions and running their business.

Technology as an important enabler

In the previous century annual budgets were the only feasible approach, due to limitations in the speed of communications and computation. Advances in technology assisted companies to adopt more flexible processes featuring continuous updates, re-planning and resource allocation based on current information. Technology assisted managers in three ways: they were able to collect and manage large volumes of data, set up global communication systems, and respond fast to market signals by updating forecasts.

Electrolux, the global manufacturer of household appliances, was a case in point. Between 2000 and 2005, the company was hit with falling sales, foreign exchange losses, price competition and product litigation. Profits declined for five years in a row. In this turbulent world, the company’s annual budget became outdated within 2 months and could not be used for planning or forecasting. The group operated in regional silos. Geographical and communication constraints made it impossible to co-ordinate global activities. Excess inventory sat in warehouses around the world while other products were not available to meet demand. Sales and production plans were based on regional short-term forecasts, while financial results were reported to head office against the original, outdated, budget. Electrolux was running separate planning and reporting systems.

In 2005 CEO Hans Streiberg ordered a complete overhaul of Electrolux’s planning, budgeting and reporting system. Computer processing power, data management software and internet communication, enabled the company to collect and share data from its global operations for the first time.  The company embarked on a two-year “Global data consolidation” IT project. "We wanted better co-ordination of our activities around the world, and to make our strategy, budgeting and forecasting process more efficient" said Streiberg.

The Electrolux global data consolidation project created a management resource which enabled the company to convert uncertainty into knowledge by collecting and analysing large amounts of data. Each region collected and purified its own sales, production and inventory data. Analysis, planning and reporting was centralised at head office. The centralised database captured data on orders, sales, inventory and production from all business units around the world. Forecasting as a science was embedded in the company culture. The data enabled the company to build demand forecasts and co-ordinate production, sales and inventory globally. Raw materials and finished goods could be shipped between regions. Finance used the sales forecasts to develop rolling financial forecasts.

Mr. Streiberg described the features of the new process: “At the start of each year, relative (not absolute) targets are set at board level. These targets are reviewed and updated in a quarterly re-planning and forecasting cycle”. The new system gave managers early visibility of performance trends and reaffirmed commitment to realistic targets on a quarterly basis. Rolling forecasts provided much needed real-time information to internal managers for decision-making. The company communicated quarterly earnings forecasts to investors and market analysts which impacted the share price. Electrolux returned to profitability. Over the next 5 years the company’s shares outperformed the Swedish Stock Exchange, doubling in value.

This is an extract from John’s book “The power of foresight: forecasts, budgets and scenarios in uncertain times” https://www.amazon.com/dp/B088RG8SQX/