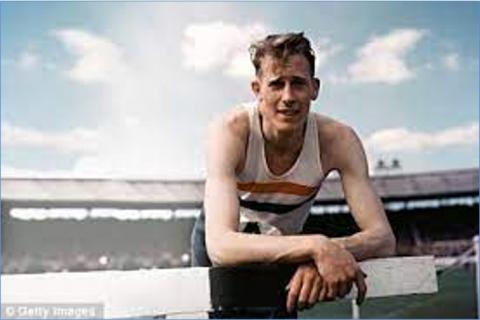 The Tokyo Olympics this month saw the introduction of skateboarding, sport climbing, surfing and karate, and the return of baseball and softball. But one of the best-known sporting events has never featured on an Olympic programme. It is the mile.

Medical student Roger Bannister ran the first ever sub-4-minute mile on 6 May 1954 at Oxford University's Iffley Road Track. Most of us of a certain age are familiar with the story. Before Bannister’s run, many people thought a sub-four-minute mile was impossible. But Bannister felt this was a myth cooked up by sportswriters.

After he broke the record in 3 minutes 59.4 seconds, other runners realised it could be done. Just 46 days later Bannister's record was in turn broken by his great rival John Landy of Australia, with a time of 3 min 57.9 s. A year later, three runners ran four-minute miles in a single race.  By the end of 1978, over 200 runners had broken the once impossible barrier of the four-minute mile.

The famous story has been told ever since by sports coaches and motivational speakers to warn against self-limiting belief systems.

Three months later, at the 1954 British Commonwealth Games in Vancouver, Bannister competed against Landy for the first and last time in a race billed  "The Miracle Mile". They were the only two men in the world to have broken the 4-minute barrier, with Landy still holding the world record. Landy led for most of the race, building a lead of 10 yards in the third lap, but was overtaken on the last bend, and Bannister won in 3 min 58.8 s, with Landy 0.8 s behind in 3 min 59.6 s.

Bannister went on that season to win the 1500 m at the European Championships in Berne, with a championship record time of 3 min 43.8 s. He then retired from athletics to concentrate on his work as a junior doctor and to pursue a career in neurology.

The "four-minute barrier" has since been broken by over 1,400 athletes, and is now the standard measure for professional middle distance runners in several cultures. In the past 65 years the mile record has been lowered by 17 seconds, and currently stands at 3:43.13, by Hicham El Guerrouj of Morocco, at age 24, in 1999.

Sifan Hassan of the Netherlands holds the women's record for the mile of 4:12.33. At the Tokyo Olympics this year Hassan won the gold medal in the 10,000 and 5,000  events and the bronze medal in the 1500 metres. She is the only athlete in history to win medals at all three events in the same Olympic Games.

On the 50th anniversary of the 4-minute mile, Bannister was interviewed by the BBC's sports correspondent Rob Bonnet. Bannister was asked whether he looked back on the 4-minute mile as the most important achievement of his life. Bannister replied that “no, he rather saw his subsequent forty years of practicing as a neurologist and some of the new procedures he introduced as being more significant”. His major contribution in academic medicine was in the field of autonomic failure, an area of neurology focusing on the nervous system.

"Ladies and gentlemen, here is the result of event 9, the one-mile: 1st, No. 41, R.G. Bannister, Amateur Athletic Association and Merton College, Oxford, with a time which is a new meeting and track record, and a new English, British National, All-Comers, European, British Empire, and World Record. The time was 3..." The roar of the crowd drowned out the announcer. Bannister's time was 3 min 59.4 s. The announcer, Norris McWhirter, went on to establish the Guinness Book of Records.

"The man who can drive himself further once the effort gets painful is the man who will win. I knew I was very close. I did collapse at the end. If you don't keep on running, keep your blood circulating…the muscles stop pumping the blood back, and you get dizzy. I did lose my sight for a bit because I was crowded in. Everybody rushed on to the track."                      Roger Bannister after breaking the 4-minute barrier.

Factual information for this article was sourced from various Wikipedia articles. The quotations in italics are repeated verbatim from Wikipedia’s article on Roger Bannister.