The Kuwait of Africa 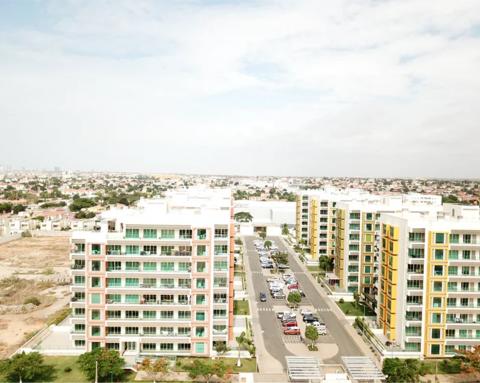 I’ve never ever seen a place like Angola was after the war. I’m talking about after the civil war when the family came to power and took control of everything. Angola was the fastest-growing economy in Africa at that time and you could make a lot of money if you had the right connections.

The country had so much oil they called it the Kuwait of Africa and they were exporting it all over the world, along with vast amounts of diamonds. There was no manufacturing capacity and everything had to be imported but they didn’t care. Besides being so resource-rich in oil and diamonds they had gold, copper, timber forests, and coal deposits which had hardly been touched.

In Luanda they were building roads, apartment blocks, hospitals and schools like you can’t believe. All the big South African construction companies were there and most of them lost money. Inflation was rampant and prices were ridiculous. It was one of the ten most expensive cities in the world. The roads outside the city were terrible but there were Maseratis and Lamborghinis cruising the palm-tree boulevards along the coast.

Now let me tell you how it was. The family was the government and the government was the family and their friends. A foreign company couldn’t do business with the government directly, you had to have a local partner or agent on the ground with the right connections. But the country needed things it didn’t have and if you made the right moves, and watched your back carefully, deals could be done in US dollars.

But you could also be taken to the cleaners. Let me tell you a story. A South African logistics company was asked to quote to supply the Angolan army with 200 trucks, troop carriers, fuel tankers, truck-trailers, double cabs and land cruisers. The enquiry came through a motor dealership in Luanda owned by two Angolan citizens, who faxed through a copy of the order on an army letterhead. The order number and the general’s signature on the order true looked genuine. The dealership sent copies of the owners’ identity documents, passports, tax certificates and company registration. They looked genuine too and so the quote was sent.

Next a letter arrived from a reputable Angolan bank stating they were holding ten million US dollars on behalf of the dealership, with instructions to release the funds when the trucks arrived in Angola. The chief sales guy phoned the bank and a friendly senior manager confirmed they knew all about the deal and were waiting for instructions. The bank faxed through certified bank statements, guarantees and insurance documents.

They did the deal and the trucks were despatched from Durban in two container vessels. The friendly banker sent a mail saying the vessels had arrived and the funds would be remitted as soon as the first truck was offloaded onto the dockside.

The next morning three senior executives took the company jet from Lanseria Airport at 5am. In Luanda the dealership’s office was closed. They went to the bank and were told the friendly banker had left several months earlier. At the harbour they were directed to a warehouse next to an army barracks outside the city. The warehouse was guarded by armed Angolan troops in full battle dress. The aggressive sergeant in charge said ownership of the trucks was now a matter of legal dispute and until the matter was resolved he had orders to shoot anyone who tried to enter the warehouse. The three nervous executives had no option but to get back in the jet and fly home.

The company hired a private agency to go undercover into Angola. Within two months they identified the son of a senior Angolan minister as mastermind of a complex scheme to steal the vehicles, worth 200 million South African Rands. The army denied any knowledge of the order.  The bank statements, insurance documents and affidavits were all forged. The passports and identifications were genuine government documents with false names.

The chief salesman was blamed for saying the trucks would not be offloaded in Luanda until the funds arrived in South Africa. He soon left the company and is said to be living in Zimbabwe. The company’s insurers questioned whether credit references had been properly checked and were reluctant to settle.

Interpol issued an international arrest warrant for the mastermind and his partner who were openly driving around Luanda in brand-new imported sports cars. The company’s lawyers wrote to Angola’s justice minister, asking the Angolan courts to prosecute the two for fraud. But the Minister of Justice turned out to be the accused’s mother-in -law and the company was never able to find Angolan lawyers willing to act for them.  They didn’t have the right connections and they have never recovered the trucks or received payment.